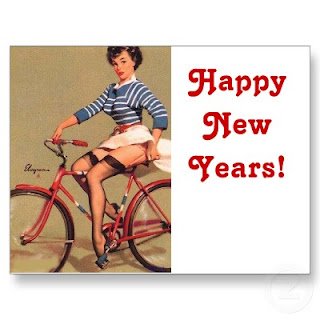 2012 was a great year for cycling in the Tri-State area. In this post I will look at some of the people, places, and events that were, 2012.

In road cycling New Jersey played host to the Grand Fondo NJ in Morristown and was also a big portion of the Grand Fondo NY and and the NYC Triathlon  Why? Because the terrain and roads that follow the Hudson River on the New Jersey side are great for riding the hilly terrain, scenery, and cycling culture are the reason that week after week so many cyclist take to 9W and head up to the State Line, Piermont, Nyack, and Bear Mountain.

In mountain biking it looked like New Jersey would be loosing its premier downhill and Freeride park in Vernon NJ.
News of Diablo’s closure started circulating in January of last year soon after that it was announced that Mountain Creek would take over the mountain bike park and it would open in May for the 2012 season. I was able to get out and ride there over the summer and really enjoyed numerous intermediate and beginner trails. Don’t worry there are still all of the Expert and Advanced trails that you know and love as well as a Jump bag and some new stuff for those who must go faster and bigger. Mountain Creek is set to open for 2013. Season passes are available now.

Places
New in 2012 was the completion of a pump track in West Milford New Jersey – The pump track is a welcome and needed addition to the area. Hopefully the success of the track will lead to the development of a BMX track and racing in North Jersey as well as more parks incorporating pump tracks into there design.

In 2012 Jungle Habitat saw the development and improvement of trails in the park making it one of the local favorites. After Hurricane Sandy JORBA was out in full force to ensure the trails were back in ride ready shape. As always a special thanks goes out to JORBA and its volunteers that work tirelessly to ensure that there are trails to ride.

Six Mile Run – Although Six Mile Run is not a new park, 2012 put the park  in the mainstream of places to ride with the park gaining plenty of buzz in message boards and blogs. It is no wonder with a loop that is almost 15 miles in length. The park has plenty of rollers, jumps, twisty singletrack, and lots of man made features. Six Mile is a must ride for 2013. Also great about this park is that the whole family can enjoy it besides singletrack you can ride for miles on the canal towpath.

Waywayanda – 2012 also saw Waywayanda become more of a mainstream place to ride instead of just a “local in the know” favorite. This may be due to GPS units or better marked trails but whatever the reason it seems that a lot more people are making the trip to Waywayanda for a great day of riding.

People
2012 saw the fall of one of cycling’s greats Lance Armstrong – I have always been and will continue to be inspired by his ability to ride a bike and push himself harder than the other riders in my eyes he is a champion.
Off the bike his work with the Livestrong foundation should be commended. Whatever your opinion of Lance is as an athlete I hope you will not “throw the baby out with the bathwater” and will see that the Livestrong foundation does so much good for those affected by cancer.

2012 also saw the beginning of things to come for rideyourbike.us  in 2013 we will continue to improve the sites navigation ensuring mobile compatibility. Providing you with great trail reviews, maps, and all the information you need to get out and ride.

Get Outside and Enjoy the Ride

Posted in Uncategorized | No Comments »

As a member of Rideyourbike.us You will have access to our members forum, Photos and videos of the places you want to ride at, Calendar of events and the ability to post your own rides. Registration is free so click here to join today